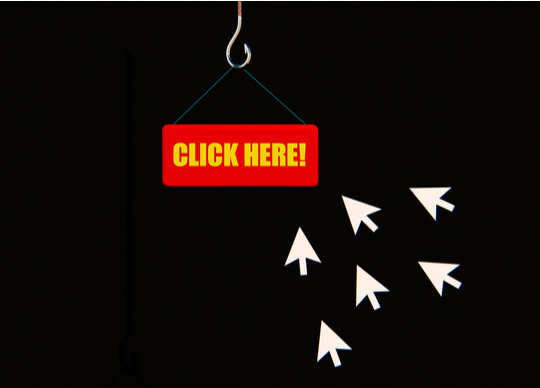 KnowBe4 has released the new 2022 Phishing by Industry Benchmarking Report to measure an organisation’s Phish-prone Percentage (PPP), which indicates how many of its employees are likely to fall for phishing or a social engineering scam.

With ransomware payments averaging $580,000 in 2021 and business email compromise (BEC) losses topping $1.8 billion in 2020, a cyber-attack can wreak havoc on an organisation. Yet, according to the baseline testing conducted for the report, without security training, across all industries globally, 32.4% of employees are likely to click on a suspicious link or comply with a fraudulent request. In some large category industries, such as Consulting, Energy & Utilities, and Healthcare & Pharmaceuticals, the percentage is over 50%.

The APAC region showed a slightly higher risk than the global average, with 34.5% of untrained employees likely to click on a suspicious link or comply with a fraudulent request across all industries and organisation sizes. Large organisations (more than 1000 employees) with no prior KnowBe4 security training showed a PPP of 36.7%, four percent higher than the global average.

KnowBe4 analysed a data set of over 9.5 million users across 30,173 organisations, with over 23.4 million simulated phishing security tests across 19 different industries. The resulting baseline “Phish-proneTM Percentage (PPP)” measures the percentage of employees in organisations that had not conducted any KnowBe4 security training, who clicked a simulated phishing email link or opened an infected attachment during testing.

In the APAC region the PPP scores of small and medium sized organisations dropped to 21.1% and 19.2% respectively. After one year of training small organisations showed the greatest gain, with their PPP dropping to 4.4%.

The 2022 Phishing by Industry Benchmarking Report underscores that fact that while technology plays an important role in preventing and recovering from an attack, organisations cannot afford to ignore the human factor. According to the IBM Security X-Force Threat Intelligence Index 2022, which includes data for 2021, Australia was one of the three most-attacked countries in Asia.  Verizon’s 2022 Data Breach Investigations Report, which states that 82% of breaches this year globally involved the human element, also describes the most common type of breaches that took place in the APAC region were caused by financially motivated attackers phishing for employee credentials and using the stolen credentials to gain access to email accounts and web application servers. Verizon also reported that 70% of attacks in APAC contained a social engineering action.

According to the Office of the Australian Information Commissioner, Health Service Providers were the sector most frequently targeted, followed by Finance, Legal, Accounting and Management Services.

“In critical industries like Health Services and Finance, where lives can be severely impacted, we found particularly high levels of cybersecurity risk as a result of simulated phishing test failures,” said Stu Sjouwerman, CEO, KnowBe4. “With the steep cost of cyberattacks, this is deeply concerning. Given that most data breaches originate from social engineering, we cannot afford to omit the human element. Implementing security awareness training with simulated phishing testing will help to better protect organisations against cyber attacks and result in a more secure organisational culture.”