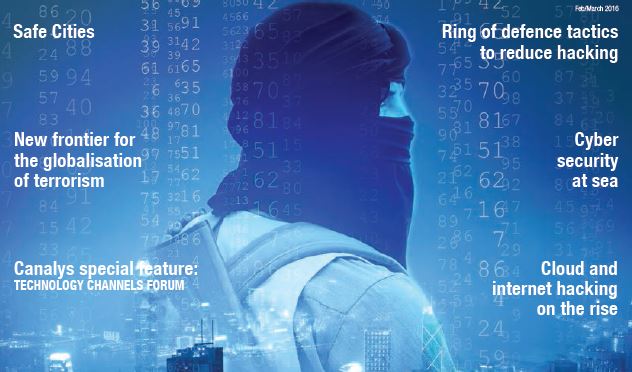 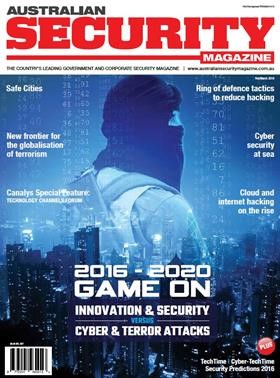 “It is still three minutes to midnight: The probability of global catastrophe is very high, and the actions needed to reduce the risks of disaster must be taken very soon. That probability has not been reduced. The Clock ticks. Global danger looms. Wise leaders should act—immediately.” Bulletin of the Atomic Scientists, Science and Security Board, 22 January 2016

Welcome to 2016! With the passing of the half way mark, 2020 suddenly appears a lot closer and indeed, we are set for an interesting and challenging conclusion to this decade. Not since the post 9/11 period have we seen such as heightened terror threat, with a focus back on the terrorist attack cycle. Though this time around, there is some significant differences changing the game – the exponential growth and power of an insecure internet, global adoption of social media, mobile networked devices and the declaration of an Islamic Caliphate.

The opening quote is not from a fiction novel. With North Korea recently testing a hydrogen bomb and 2015 being the hottest year ever recorded, nuclear weapons and climate change remain significant risks to our current model of human civilisation. The Global Risks Report 2016 lists another 12 risk-trend interconnections that are pointing to ‘profound social instability’ with more of the ‘symptoms’ we are already seeing, such as state collapse and crisis, large-scale involuntary migration, interstate conflict, failure of national governance and growing nationalist, anti-Islamic and anti-migrant sentiment.

Successful terror attacks are easily counted, but there has also been a significant rise in intercepted plots in all Western countries – the UK used to deal with about one plot per year but dealt with seven in 2015. Likewise in Australia, intercepted plots and small scale successful attacks have occurred and the recent attack in Jakarta, including by a convicted and released terrorist, brings the forefront of the threat to our region. Attacks are being actively encouraged by ISIS using social media and online ‘how-to guides’ for the making and use of home-made grenades, explosives, small-arms and light weapons. Jihad terror attacks are occurring daily and globally, as well as being relatively random, direct and simplistic. We should expect more of the same for the remainder of the decade and beyond – with an expectation that a significant terror attack could occur anywhere, and most likely in our Alpha or Beta sized cities.

Representing a critical axis of potential vulnerability, the internet also needs defending against hostile powers, criminals and terrorists. Government cannot duck its responsibilities and there are certain things that only government can do, in cyberspace just as in the physical world. (Rt Hon George Osborne MP – Speech to GCHQ, 17/11/2015)

With the Internet of Things, our banks to our cars, military to schools to homes, whatever is online can be a target. Since 2011, the malign scope of the West’s adversaries’ goals have evolved to have a warped sophistication and frenetic activity. Looking forward, the stakes could hardly be higher – if our electricity supply, or our air traffic control, or our hospitals were successfully attacked online, the impact could be measured not just in terms of economic damage but of lives lost. (Rt Hon George Osborne MP – Speech to GCHQ, 17/11/2015)

ISIS has demonstrated a murderous brutality along with a strong digital element. ISIS are using the internet for propaganda purposes; for radicalisation, training and operational planning. They have not been able to use it to kill people yet by attacking critical infrastructure through cyber-attack.  It is understood they do not yet have that capability. But they want it, and you can be certain they will be doing their best to build it. (Source: Rt Hon George Osborne MP – Speech to GCHQ, 17/11/2015)

But certain principles remain true in cyberspace as they are true about security in the physical world. Citizens need to follow basic rules of keeping themselves safe – installing security software, downloading software updates, using strong and unique passwords. Companies need to protect their own networks, and harden themselves against cyber-attack and train their staff to ‘say something if they see something’ and to respond coherently and diligently in the event of a terror related incident – complacency needs to be minimised. The starting point must be that every City is a target, that every company network will be attacked, and that criminal and terrorist incidents is not something that happens to other people.

For our first edition of the year, we naturally have a strong lean to the issues of cyber security and terrorism. Our cover theme of ‘Game On’ is based on the ever increasing ‘attack threat’ alongside the continued growth of the Internet and ISIS. But with innovation and proportionately planned security, the threats can be overcome and minimised.  Based on current projections, by 2050, about 70% of the world’s population is expected to live in towns and cities. With such concentrations of people, the risk of catastrophic losses of life also increase unless we can provide adequate protection and safety to people. With climate change and inherent human conflict, these evolving years of development need to be supported by adapting government systems that improves climate and solves conflict, rather than exacerbating and fueling them.

On the side of innovation and security, we have a technology feature with a wrap up of the Canalys Channels Forum and the 2016 Security Predictions and Cyber Attack Cases being discovered and treated. Importantly also, we highlight the ASQA Security Report, corporate manslaughter, sexual harassment and contributions on the day-in-the-life of an Info-sec professional, together with how to build an Info-sec workforce.

The game can be lost, or won. Or it could be more like the Roman game of Rota – and keep going forever. If you’re in the business of security – you’ll know the answer.  And on that note, as always, we provide some thought provoking material and there is so much more to touch on. Stay tuned with us as we continue to explore, educate, entertain and most importantly, engage.