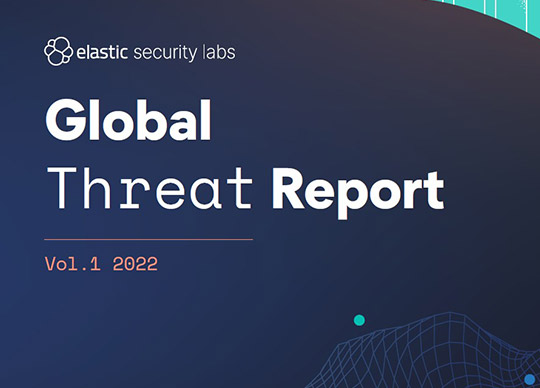 Elastic today released the 2022 Elastic Global Threat Report, detailing the evolving nature of cybersecurity threats, as well as the increased sophistication of cloud and endpoint-related attacks.

The identified trends provide organizations with the operational intelligence needed to fortify their security technology and the strategies required to observe and protect mission-critical business systems against cyber threats.

Key trends covered in the report include:

Nearly 1 in 3 (33%) attacks in the cloud leverage credential access, indicating that users often overestimate the security of their cloud environments and consequently fail to configure and protect them adequately.

While commercial adversary simulation software such as CobaltStrike is helpful to many teams’ defense of their environments, it is also being used as a malicious tool for mass-malware implants. Elastic Security Labs found that CobaltStrike was the most widespread malicious binary or payload for Windows endpoints accounting for nearly 35% of all detections, followed by AgentTesla at 25% and RedLineStealer at 10%.

More than 50 endpoint infiltration techniques are being utilized by threat actors, suggesting that endpoint security is working well, as its sophistication requires threat actors to continually find new or novel methods of attack to be successful.

While credential access techniques have long been a priority for attackers, adversary investment in defense evasion techniques indicates a reaction to improvements in security technologies that have been impacting their success. When combined with execution techniques, attackers are able to bypass advanced endpoint controls while remaining undetected within organizations’ environments.

“The 2022 Elastic Global Threat Report is an important part of our holistic security program offering, and we are excited to share our visibility, capability, and expertise with the broader community.” said Ken Exner.