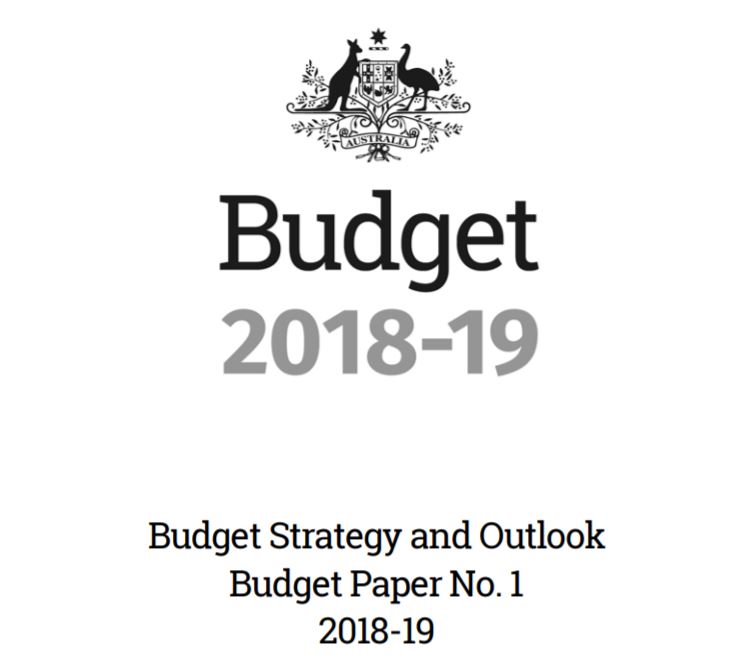 The 2018 Australian Federal Budget was never going to be a dazzler. And true to the predictions of many political pundits, it was indeed targeted towards relieving some of the pressures on middle Australia. With government’s focus clearing towards the next election, it really is no wonder that tax cuts and aged care has taken centre stage of the post Budget rhetoric.

On national security, Government has been decidedly quiet. Maybe it’s because this year’s Budget was a bit light on comparatively speaking. That said, a handy $294 million has been ear-marked to: “strengthen security at airports, international mail centres and air cargo facilities over four years as part of new initiatives.”

These measures are a direct result, according to Minister for Home Affairs Peter Dutton, of the planned terror attacks thwarted by the authorities last year, which were unprecedented, sophisticated and represented a significant change in the national security environment.

“The Government and industry responded immediately to disrupt and contain the threat, increasing law enforcement and strengthening security screening”, he said.

While the Government has pledged to provide $6.9 million over two years to continue the work of the Australian Border Force Airline Liaison Officers (ALOs) at 19 key overseas international airports, back at home there will be a further $121.6 million over four years to support sophisticated new screening technology for passengers, baggage and cargo. They have also signalled the need for an additional 140 AFP Counter Terrorist First Response officers to be based at airports and a further 50 officers to provide tactical intelligence and other support at an additional cost of $122 million. There is a question over whether this will mean that the government will restore a permanent presence of AFP officers at Hobart airport, following their withdrawal in 2014 and which, according to the state police union, has put pressure on police.

But it is the announcement of funding for the National Criminal Intelligence System (NCIS) that has people in the policing and security sector smiling.  Providing frontline police with the information and intelligence needed to combat crime and disrupt the terrorism threat, the Australian Criminal Intelligence Commission (ACIC) will now be able to begin the basic build of NCIS and prove its worth beyond a shadow of a doubt thanks to the Budget allocation of $59.1 million over four years. According to a departmental spokesperson: “This commitment by Government will fund the partner connectivity, that will allow the linking of all the states into a system that is fundamentally aligned to the safety of police officers across the country.”

Not that the police across the country have any doubt that NCIS is needed. And needed now. The Police Federation of Australia, the country’s national police union that represents 60,000 police, first raised the issue of a national case management system and a better shared intelligence regime at hearings of the then Parliamentary Joint Committee into the Australian Crime Commission in 2007.

NCIS will allow front line police and counter terrorism operatives to access the complete picture of a suspect.  It includes contemporary deconfliction services, rapid search, graphical representation, visual analytics and other intelligence that is already available but currently cumbersome to access.  As a whole of government capability operating in a secure, national information sharing environment, NCIS is a joint Commonwealth and State build that will support the collation and sharing of criminal intelligence and information, transcending the state, territory and commonwealth divide.

“Through these new measures and finding initiatives, the Government is ensuring the Home Affairs portfolio and security agencies have the tools needed to keep Australia open for business while managing the increasingly complex security environment,” Mr Dutton said.

One is assuming that some of the above spending measures will be offset by the $256.3 million earmarked over five years that the Government is anticipating saving through the creation of the Home Affairs portfolio. Stipulated within the Budget papers, the efficiencies are being achieved by “reducing areas of duplication, creating centres of expertise and achieving economies of scale though coordinated procurement and service delivery functions.”

In the meantime, a $7 million review to be undertaken of the Home Affairs portfolio during 2018-19 and due to report before next year’s Budget, will identify opportunities for integrating capabilities, reducing duplication and maximising efficiencies.  Let’s hope it can make the efficiencies projected in the forwards.