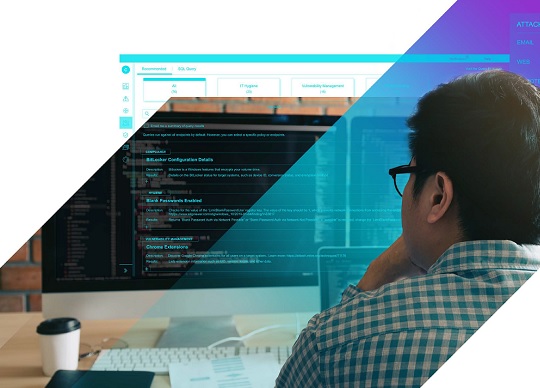 VMware, Inc. has released its seventh annual Global Incident Response Threat Report, which analyses how attackers are manipulating reality to reshape the modern threat landscape. The report found a drastic rise in destructive attacks, where adversaries deploy advanced techniques to deliver more targeted, sophisticated attacks that distort digital reality, be it via business communications compromise (BCC) or the manipulation of time.

“Today, we’re seeing a nexus between nation-states and cybercriminals continue to rapidly advance the development of increasingly sophisticated and destructive cyberattacks, combined with the broadening of the attack surface as a result of COVID-19,” says Tom Kellermann, head of cybersecurity strategy, VMware. “The digital and physical worlds have converged, and everything can be manipulated by modern-day attackers. The reality is that first adopters of advanced technologies, such as artificial intelligence and machine learning, are often cybercriminals on the dark web and in nation-states intelligence communities.”

Defenders are struggling to counter these complex attacks and gain visibility into new environments, such as the cloud, containers, and business communication applications. The report found that defenders are also grappling with mental health concerns and heightened job expectations, with 51% experiencing extreme stress or burnout over the past year.

“Burnout is a huge issue with incident response teams, who are handling a spike in engagements in what is still a largely remote environment,” says Rick McElroy, principal cybersecurity strategist at VMware. “It only further underscores the need for leaders to build resilient teams, whether that means considering rotations of work, empowering individuals to take mental health days, or any number of other initiatives aimed at nurturing personal growth and development.”

For more information on the evolving threat landscape as well as actionable guidance and recommendations for incident responders and security teams, download the full report here.

VMware conducted an online survey about trends in the incident response landscape in May and June 2021, with 123 cybersecurity and incident response professionals from around the world participating in the study. Percentages in certain questions exceed 100% because respondents were asked to check all that apply. Due to rounding, percentages used in all questions may not add up to 100%.