Despite the fluctuating trend in venture capital (VC) funding and mergers and acquisitions (M&A) in the security technologies space during 2014-2018, deal activity remained strong in 2018 compared to 2017, primarily due to the hype around the cybersecurity segment and companies’ strategies to strengthen their market position, says GlobalData, a data and analytics company.

Aurojyoti Bose, Financial Deals Analyst at GlobalData, says: “Cyberattacks such as Wannacry and the data breach at Uber dominated headlines in 2017. As a result, VC investors took it as an opportunity for investment, which also reflects in the growth in total funding value and volume in 2018.

“However, an increase in the number of start-ups offering very similar products in an already overly crowded marketplace raises concern whether the capital supposedly raised for innovation is used for the purpose or not. This may result in investor fatigue and in the coming years we may see VC investors supporting companies focused on innovation and sound business models, ensuring good returns on investments.” 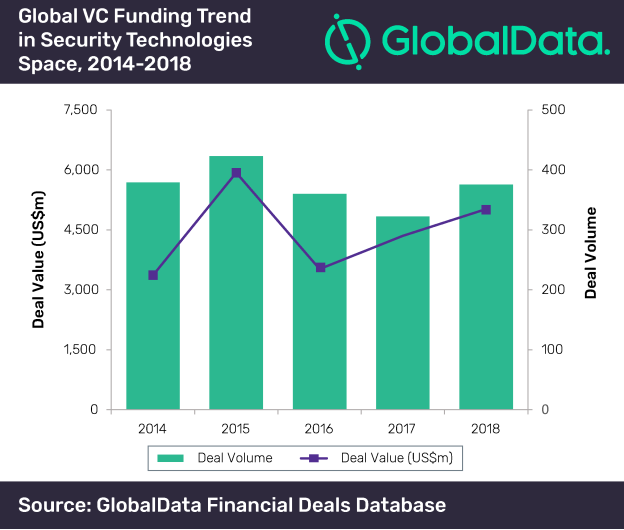 In 2015, high VC funding value was mainly due to big-ticket deals such as the US$450m raised by Palantir Technologies and US$300m raised by Docusign. 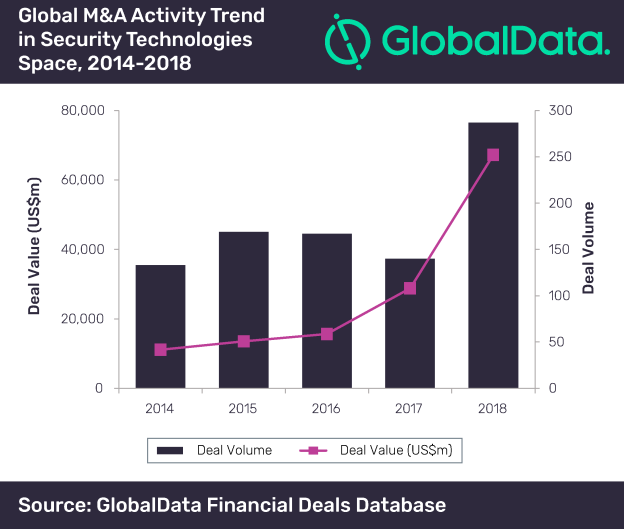 M&A deal value was highest in 2018 on the back of some of the high-value deals announced during the year. Some of the notable high value deals include Broadcom’s US$18.9bn acquisition of CA technologies, a provider of software solutions including security solutions; and the US$4.2bn merger of Science Applications International with Engility Holdings.

Bose concludes: “While competing and standing out in a crowded market place remains a challenge for security tech firms, generating returns on investments will be a key area of concern for investors. However, this may emerge as a key driver for M&A with security tech firms undertaking M&A to avert competition and VC firms considering profitable exits for their investments through sale of their holdings.”