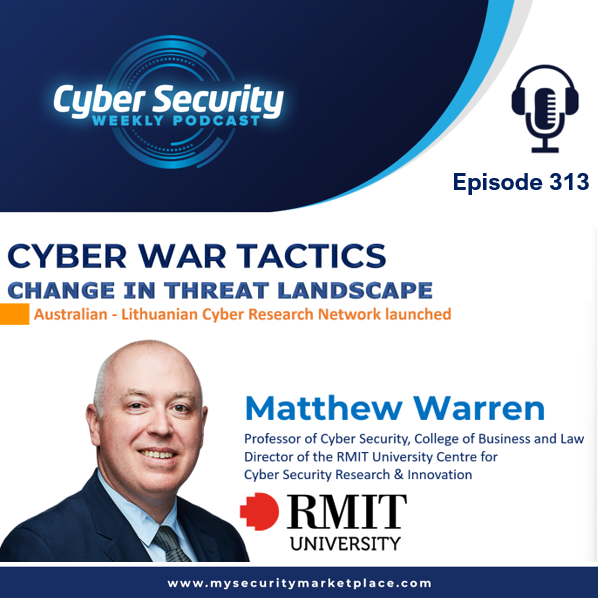 Western governments have issued warnings for organisations to protect their systems against possible Russian cyber attacks.

The threat potentially impacts all tiers of governments, all organisations and individuals. So what form will the Russian Cyber attacks take, there are a number of options: – Denial of Service attacks – is a cyber-attack in which the attacker seeks to make a machine or network resource unavailable by flooding the site with data; – Web-site Defacement – hacking web pages and replacing with an alternative web page usually with a political message; – Ransomware – infecting organisations with malware that spreads across the system and locks down the system until a ransom (usually in bitcoin is paid); – Hacking – stealing information that is either publicly disclosed or sold via the darknet.

The Australian – Lithuanian Cyber Research Network, a joint initiative of RMIT University and Mykolas Romeris University, was launched in early February 2022, by His Excellency Gabrielius Landsbergis, the Lithuanian Minister of Foreign Affairs who stated that this trip to the Asia Pacific region, which included Singapore and Australia was about “strengthening old friendships and building new ones. Political dialogue, enhanced economic cooperation, and regional security are main subjects for conversations during upcoming busy days!”

The network is the first of its kind globally and provides a platform for Australia and Lithuania to cooperate on common cyber security issues that affect both the Asia Pacific and Europe.

We speak with the Director of RMIT’s Centre for Cyber Security Research & Innovation and co-convenor of the Australian-Lithuanian Cyber Research Network, Professor Matthew Warren who said at the launch, “the network provides a platform for the two countries to undertake jointly important cyber security research. Professor Warren went on to say “The first initiative of the network will be the Australian – Lithuanian Hybrid Threat Observatory. Hybrid threats are state and non-state actors that are challenging countries and institutions they see as a threat, opponent or competitor to their interests and goals with a focus on disputing industry and society”.