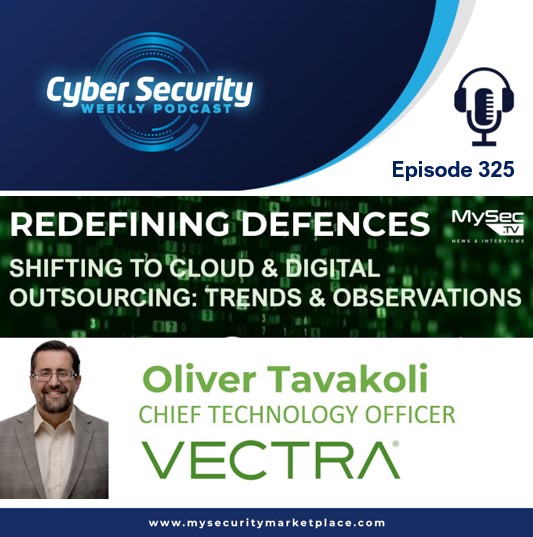 Oliver Tavakoli is Chief Technology Officer at Vectra. Oliver is a technologist who has alternated between working for large and small companies throughout his 25-year career.

Oliver will be visiting Australia at the end of May and discussing how Ransomware will be coming to a cloud near you. Oliver points to this concept as a thought experiment on what to expect next.

Ransomware and software supply chain attacks have dominated the cybersecurity news feeds and have certainly also captured the attention of mainstream media. While supply chain attacks have already shown a clear appreciation for target organisations’ cloud footprints and have leveraged that understanding to pull off some of the more impressive attacks, almost all ransomware attacks have continued to focus primarily on traditional on-premise IT estates. This is because tools to attack these environments (Metasploit, Cobalt Strike, Bloodhound, etc.) have been available for more than a decade and that many hackers have great familiarity with these tools and that there continue to be many organisations whose environments are insufficiently hardened to withstand an attack by a moderately skilled adversary.

Two trends will drive ransomware to the cloud:

1. the inexorable movement of most data of value to the cloud (in this context, “cloud” is intended to cover both SaaS-delivered applications like Office 365 and public clouds like AWS and Azure) and

2. the gradual availability of tools (for example Rhino Security Labs Pacu) to attack clouds and hackers’ increased familiarity with them. This presentation will discuss what this combination of Ransomware and cloud is likely to look like.

Prior to joining Vectra, Oliver spent more than seven years at Juniper as chief technical officer for the security business. Oliver joined Juniper as a result of its acquisition of Funk Software, where he was CTO and better known as developer #1 for Steel-Belted Radius. Prior to joining Funk Software, Oliver co-founded Trilogy Inc. and prior to that, he did stints at Novell, Fluent Machines and IBM.

He is a technologist with experience managing larger (100+ member) teams, but with a bias towards leading small teams of smart technical individuals who want to change organisations through articulations of compelling visions, implementation of elegant architectures and building of highly collaborative technical communities. His specialties include networking architectures, systems software design, computer security principles, organisational design.