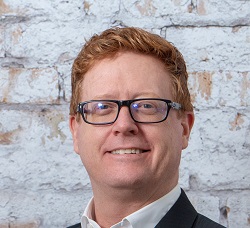 Mr. Pollock, who joined the Company in 2017 as Head of International Business, has been the Company’s Chief Operating Officer and senior executive since February 2020.  Over the past 3 years, Mr Pollock has:

Prior to joining FirstWave, Mr Pollock was the Chief Executive Officer of Indian-based data centre and managed services company, Nxtra Data Limited, a business he built from the ground up to be a top three player in the hyper-competitive Indian data centre market.  Nxtra Data Limited was recently valued at US$1.25Bn following a strategic investment by Carlyle Group.

Commenting on Mr Pollock’s appointment, FirstWave Executive Chairman Mr John Grant said, “I congratulate Neil on his appointment. Having worked alongside him during his tenure as COO, he has secured the full support and backing of the Board. Our forward plan requires focused execution especially during the current challenging business climate. Neil has shown exceptional leadership during this period and the Board looks forward to successful execution this year.”

Mr Pollock said of his appointment, “FirstWave is a fantastic business. We have great technology, great people, strong shareholder support and strong foundations to succeed in the most challenging business environment in a generation. I thank John and the Board for their confidence and I am excited about the opportunity to lead the FirstWave team on this journey.”