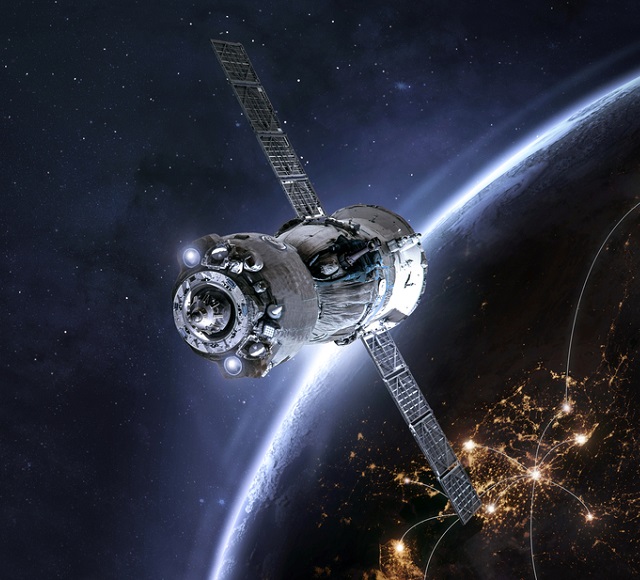 The space race. A term coined in the 1950s, it has described various shifts in the balance of extra-terrestrial power in decades gone by.

Its first was first used quite literally, referencing the United States’ and the Soviet Union’s competition for space-based supremacy after the latter of the two countries launched Sputnik on October 4, 1957.

By all accounts, Sputnik wasn’t much to look at. It was only about the size of a beach ball (23-inches in diameter) and weighed less than 190 pounds. But it was the world’s first artificial satellite and, therefore, signified historic progress.

“That launch ushered in new political, military, technological, and scientific developments,” wrote NASA on its 60th anniversary, the organisation having been founded in 1958 with the mandate of sending human passengers to space – a goal the Russians again beat them to.

“While the Sputnik launch was a single event, it marked the start of the space age and the US-USSR space race.”

Now very much a multi-horse race with the US and China seen as the frontrunners, February 2021 will see both countries land unmanned spacecraft on Mars and deploy rovers to reveal contending images of our closest neighbouring planet.

Indeed, this modern space race remains a cold conflict (if a conflict at all). Its importance has not waned, however, with outer earthly strides signifying superiority of technology – arguably the most revered form of soft power.

Let us turn attentions to the Biden administration, and more specifically towards General Lloyd Austin – the President’s new defense secretary.

Having retired from the armed forces in 2016, he has been serving on the boards of three multibillion-dollar companies (Raytheon Technologies, Nucor and Tenet Healthcare), and is now the first ever African American secretary of defense.

Being from a military background, his appointment required a special dispensation from both chambers of Congress that typically prohibits military officials serving in the role within seven years of their retirement from active military service.

But having been voted in 93 to 2, he will now lead the Pentagon and oversee the 1.3 million men and women on duty who make up the United States Military.

“It’s an honour and a privilege to serve as our country’s 28th Secretary of Defense, and I’m especially proud to be the first African American to hold the position. Let’s get to work,” Austin tweeted upon confirmation of his appointment.

What it means for the space race

So, what can we expect from Austin?

Space policy was hardly a footnote of the Trump administration, the last four years having seen governmental calls to lay the groundwork for lunar colonies on the moon, the launch of Space Force and the resurrection of the National Space Council.

But with a change in administration will naturally come a change in policy, and in relation to space, Austin has already dropped a hint of his own ambitions.

Testifying to the Senate Armed Services Committee in early January, he presented his views to lawmakers: that while the US still maintains an edge over China, the gap between the two country’s space capabilities has been diminishing.

“We’ll have to have capabilities that allows us to hold, to present a credible threat… a credible deterrent, excuse me, to China in the future,” Austin stated.

“We’ll have to make some strides in the use of quantum computing, the use of AI, the advent of connected battlefields, the space-based platforms. Those kinds of things I think can give us the types of capabilities that we’ll need to be able to hold large pieces of Chinese military inventory at risk.

“And so, I believe that we still have the qualitative edge and the competitive edge over China. I think that gap has closed significantly, and our goal will be to ensure that we expand that gap going forward.”

The challenge from China

The land lies in a precarious position at present.

China remains somewhat blindsided from global space initiatives, with US congress having barred NASA from working with Chinese organisations a decade ago. The Asian powerhouse has taken matters into its own hands as a result, and is on track to launch its first space station by 2022.

Bloomberg also reports that while NASA is working on plans to return humans to the moon in the coming decade, China is preparing its own unmanned lunar mission with the goal of putting its own astronauts on the moon in the near future.

Indeed, between Mars and the moon, tensions in space are hotting up between the two countries and are unlikely to cool based on Lloyd Austin’s early comments.

Arguably the most contentious topic that the new defense secretary will have to confront, however, is the Artemis Accords.

Not only does this agreement comprise plans to land the first woman on the moon by 2024, and establish a crewed lunar based by 2030, it also stipulates the establishment of exclusive moon zones.

While many nations signed onto the agreement, China denounced the accords as supporting the United States’ “political agenda of moon colonisation”.

The polarisation existing between NASA and its key rivals – China and Russia – propels the possibility of conflicts over lunar sovereignty.

Whatever stance Austin and Biden’s administration choose to take – that of confrontation or cooperation – it is a quarrel that is becoming increasingly impassioned, and one to watch with regard to global security for the next four-plus years.