Hills Limited has announced its FY18 first half results, which are in line with the guidance provided at the Company’s AGM in November 2017. 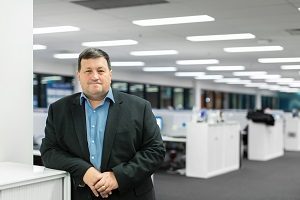 Hills Security, Surveillance and IT business, (comprising the Group’s largest division) had a solid first half, delivering 4% growth over the corresponding half in FY17 while maintaining similar margins.

Hills Enterprise business won a number of projects during the period including:

This success was fuelled by growth in many of Hills key vendor sales including Genetec, UTC, Axis, Pelco, Vivotek and TruVision.

The Hills IT business had very strong sales in the first half, with networking vendors Ruckus, Brocade and Extreme Networks all achieving growth.

Hills Australian SMB business and Hills New Zealand (NZ) are both expected to strengthen their performance in the second half.

Mr Lenz said, “It was encouraging to see the growth in the largest part of Hills business in the first half. With the successful launch of our new distribution centre and e-commerce platform, we expect to see continued growth in the current half.”

Hills Health business continued its momentum with strong Nurse Call sales, which grew 23% over the previous corresponding period. This was offset partially by a slight decline in Patient Entertainment revenue, however, overall margin quality improved in the first half.

“With further investment in R&D, the market-leading Nurse Call business continues to be very profitable and has a strong pipeline of sales for the second half,” Mr Lenz said.

“The Patient Management business also performed well, with the Sydney Local Health District and Westmead Hospital projects on track and due for completion in the second half,” he said.

“Despite changes to its vendor portfolio, the AV business has seen strong sales growth from many of our key brands, including Williams Sound, Community Speakers, Wolfvision, Wyrestorm, Barix, Renkus Heinz and Biamp Devio, which all grew in the first half of FY18,” Mr Lenz said.

“We are also excited about the opportunities within our Unified Communications business with new initiatives from Yamaha and Revolabs,” he said.

Hills’ Australian Monitor division has completed an upgrade of its product line, which was shown at the recent ISE trade show in Amsterdam, and is also expected to deliver sales growth over the next 12 months.

Mr Lenz said, “We also expect to be able to announce the addition of a number of complementary new vendors to our AV business shortly, which will see Hills deliver additional growth over the next 12 months.”

The Hills Antenna Business continues to make a significant contribution to the Group business with margins remaining strong and customers further appreciating our commitment to source product from our Adelaide factory.

Mr Lenz said “the launch of the new e-commerce site ushered in a new era in customer service at Hills.

Early indicators are we would expect to see a sales uplift of over 10% based on similar system deployments in the ANZ market and a similar improvement in overall productivity.”

The new national distribution centre continues to deliver improved operational and customer service benefits and we expect to gain further productivity improvements within the facility.