Younger Australian Defence Forces Veterans will receive improved support to embark on tertiary studies pathways as the result of Flinders University receiving a $170,000 Supporting Younger Veterans grant from the Department of Veterans Affairs. 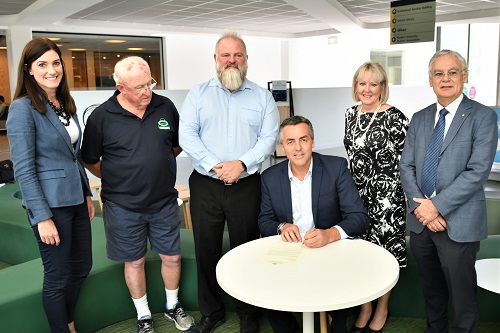 The grant – has announced by Minister for Veterans’ Affairs Darren Chester during a visit to Flinders University – will provide funding for a project officer to run a support program and establish a peer group that can provide relevant transition, study and lifestyle support for younger Veterans wanting to embark on study programs, with access to expertise in PTSD, mental health and drug and alcohol support.

Flinders University’s Associate Professor Ben Wadham, working in concert with the William Kibby VC Shed located in Glenelg North, will also research both the blockers and enablers for younger veterans to enter tertiary study, to help develop improved pathways to tertiary study for transitioning veterans that can be applied nationally.

Associate Professor Wadham will drive this initiative with the benefit of personal experience and insight. He served in Australia’s regular army from 1987-1992, in the infantry then military police, before commencing university studies, and is now a sociologist working in Flinders University’s College of Education, Psychology and Social Work.

“When it’s time for a veteran to separate from the military, it is a profound time of change,” he says. “While many make a smooth transition into civilian life, a significant number of Veterans experience difficulties in employment, education, health, social and relationship issues.

“Higher education is great pathway for some veterans to find meaningful employment. The learning process is empowering, giving veterans confidence, knowledge and tools to realise their own aspirations. Veterans often want to give back to the community and research at Flinders can help that facilitate this. Therapists with military experience, in particular, have the advantage of shared experiences with Veteran clients.” 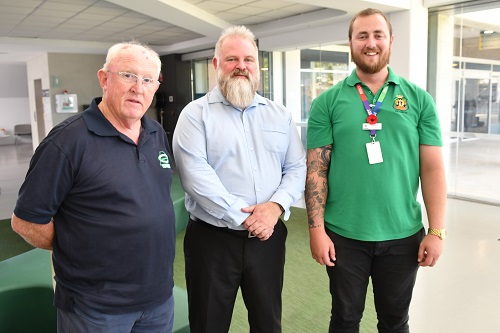 Currently there are approximately 59,000 continuous full-time Australian Defence Forces personnel, of which, around 9000 (15%) are women. In 2012, the number of current personnel who had served overseas in a war or war-like zone since 1999 was approximately 50,000; this number is now approaching the number of Australian Veterans who served in Vietnam between 1962 and 1972.

The new study support program will feature a “Why University Studies?” symposia at the William Kibby VC Veterans Shed, held in conjunction with Flinders University’s College of Education, Psychology and Social Work. Veterans interested in pursuing applications to University will be supported through this process.

The project will also identify veterans currently undertaking tertiary studies at Flinders University with a view to establishing a Veterans@Uni peer group. Flinders University’s College of Education, Psychology and Social Work has expertise in PTSD, mental health, family issues, and drug and alcohol support, and can contribute to this group by providing relevant transition, study and lifestyle support.

“This involves changing the ways we identify Veterans at university, how we support their study needs in the contexts of their wider lives, and how we recognise things like prior learning – making military learning articulate with university learning. The project will provide the impetus to begin that cultural change,” says Associate Professor Wadham.

Kane Hunt, who is studying Psychological Science at Flinders University, spent five years in B Squadron 3rd/4th Cavalry Regiment, including a tour of duty in Afghanistan as part of Mentoring Taskforce 3, before discharging of his own free will. During his time in Afghanistan, he narrowly escaped serious injury when the Bushmaster vehicle he was travelling in was blown up by an IED.

Following a difficult transition back to civilian life in 2012, and a diagnosis of Post Traumatic Stress Disorder, Kane received valuable support from the Veterans and Veteran Families Counselling Service to pursue his aim of further education. In 2015, the former trooper recorded a top score in the Special Tertiary Admissions Test – despite not having finished high school. This allowed him to join Flinders’ innovative Foundation Studies program, which prepares students without previous qualifications for university. While he continues his studies, Kane is also working as a Veteran Support Officer for RSL Care SA.

“The values that the army ingrained in me as a soldier – like hard work, initiative and teamwork, all kicked in when I started studying at university and gave me an advantage,” says Kane. “I ultimately want to work with Veterans and help, in some way, those guys who are facing the same issues after leaving the forces that I did.”