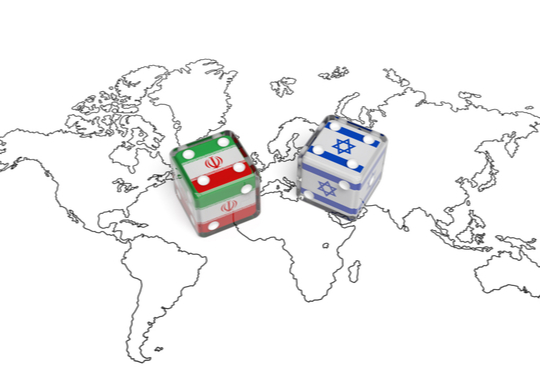 Israel is emerging as a global cyber hotspot. In response to a continuing stream of cyberattacks on the country’s government, defence, and civilian infrastructure, Israel and friendly foreign nations are pouring money and other resources into its homegrown cyber industry.

Cyber now accounts for 15% of Israeli high-tech exports that account for approximately half of Israel’s total exports, says Tel Aviv-based Professor Eviatar Matania, the founder and Head of the Israel National Cyber Directorate.

“Within a decade, Israel has become a very significant player in the new cybersecurity and cybereconomy arena,” he says.

Israel’s role as a global cyber powerhouse is the result of several factors, including years of Israeli Government interest and investment in the sector. Israel’s geopolitics, including ongoing conflict with nearby nations like Iran, also drives interest in cyber and grey zone warfare.

Also playing a role is the growing sophistication and availability of offensive cyber tools. At the same time, technology is becoming more integrated and embedded in everyday life. For countries like Israel, cyber presents as a challenging strategic environment.

The National Cyber Directorate is one of several Israeli government agencies working in the country’s cyber sector. The agency watches out for cyberattacks on civilian infrastructure and is headed by Yigal Unna. He recently told CNN the country was seeing a significant increase in cyberattacks.

“We witness attacks everywhere. The last year and a half and even before that it’s like the world went crazy.

“Most attacks come from criminal elements and individuals trying to find if there’s a criminal prospect. The vast majority comes from there because there’s good money to be made.”

But Yigal Unna also highlights the growing role of state-backed bad actors in cyber. He points to a 2020 cyberattack on Israel’s water supply that had the potential to alter chlorine levels as an example.

Much of Israel’s fast-growing cyber sector has purely commercial applications. But in the background lurks an ongoing cyber war between Israel and Iran.

Iran is blamed for the attempted cyberattack on Israel’s water supply. But Israel’s posture isn’t purely defensive. In November, US officials said Israel was behind a recent cyberattack on Iran’s fuel distribution system, effectively crippling Iran’s petrol stations for a fortnight.

Days after that attack, bad actors posted personal information online of about 1.5 million Israelis. Bad actors stole the information from a dating site and a network of private medical clinics.

Nation-states and their actors do it because it can potentially cause civil unrest in the opposing country. Stopping these kinds of attacks, whether from Iran or elsewhere, is the role of Israel’s National Cyber Directorate.

However, Israel’s successful homegrown cyber industry is helping give people like Yigal Unna and his agency a competitive edge in cyber.

“Israel has all the tools and all the advantages not just in cyber but in all other aspects that we can use when it is needed,” he said. “We can get even with those who are behind any of these attacks.”