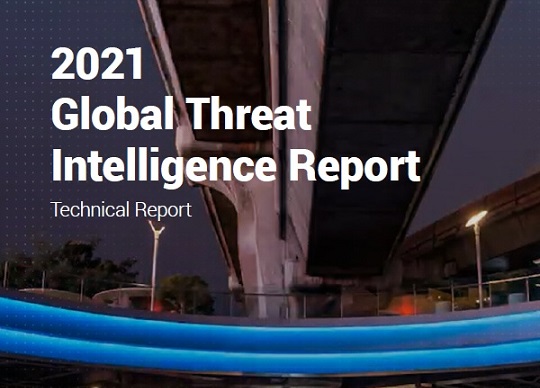 NTT Ltd has releaed its 2021 Global Threat Intelligence Report (GTIR), which reveals how hackers are taking advantage of the global destabilisation by targeting essential industries and common vulnerabilities from the shift to remote working. Healthcare, manufacturing, and finance industries all saw an increase in attacks (200%, 300%, and 53% respectively), with these top three sectors accounting for a combined total of 62% of all attacks in 2020, up 11% from 2019.

The GTIR provides insights from NTT’s Cybersecurity Advisory that applies a maturity score of an industry’s security program, with a higher number indicating a more mature plan of action. Concerningly, healthcare and manufacturing have relatively low maturity scores of only 1.02 and 1.21, respectively. These have decreased from 2019’s baseline of 1.12 and 1.32, while attack rates have significantly risen. Manufacturing has experienced a three-year decline in scores, most likely due to changes in the operating environment and the evolution of attacks. On the other hand, finance continued to demonstrate the highest maturity benchmark score for the third consecutive year, of 1.84, a 0.02 decrease on last year, however.

Kazu Yozawa, CEO of NTT’s Security division, says: “Last year we predicted a surge in targeted, opportunistic attacks and unfortunately, this has proven all-too-true. While these industries have done their best to maintain essential services throughout disruptive times, the fall in security standards when companies need them most is alarming. As services continue to move online and become increasingly digital to account for the new normal, organisations must be extra vigilant in upholding and maintaining best practices in their security.”

While malware is becoming more commoditised in features and functionality, it also became more diverse over the last year with the growth of multi-function malware. Cryptominers have replaced spyware as the most common malware in the world, but the use of certain variants of malware against specific industries continues to evolve. Worms appeared most frequently in the finance and manufacturing sectors. Healthcare was impacted by remote access trojans, while the technology industry was targeted by ransomware.  The education sector was hit by cryptominers due to the popularisation of mining among students who exploit unprotected infrastructures.

The crypto-currency market is a prime example, with cryptominers accounting for a staggering 41% of all detected malware in 2020. XMRig coinminer was the most common variant, representing nearly 82% of all coinminer activity and nearly 99% in EMEA specifically.

Mark Thomas, who leads NTT’s Global Threat Intelligence Center comments: “On one hand you have threat actors taking advantage of a global disaster, and on the other, cybercriminals capitalising on unprecedented market booms. The common thread throughout both of these situations is unpredictability and risk. Changes in operating models or adoption of new technologies present opportunities for malicious actors and with a surging crypto-currency market popular among inexperienced students; attacks were bound to happen. Now, as we enter a more stable phase of the pandemic, organisations and individuals alike must prioritise cybersecurity hygiene across all industries, including the supply chain.”

The 2021 Global Threat Intelligence Report contains global attack data gathered from NTT and supported operating organisations from January 1, 2020 to December 31, 2020. The analysis is based on log, event, attack, incident, and vulnerability data from clients as well as from our global honeypot network.