Ping Identity has announced the acquisition of ShoCard. With the adoption of this new technology, Ping Identity is paving the way for a new era in identity where individuals have more control over their personal information and how and when it is shared. The technology allows individuals to collect verification of their identity and share it with businesses when establishing new relationships in a privacy-first user experience.

ShoCard leverages the power of today’s mobile phones as a personal identity vault. Through integration with the Ping Intelligent Identity Platform which secures over 2 billion accounts, ShoCard allows users to collect and store personal identity information on their phone and then unlock and share that information using facial or fingerprint biometrics. The technology will be integrated into the Ping Platform and made available to all Ping customers as a new model for privacy and customer engagement.

Personal identity, also called decentralised or self-sovereign identity, creates a new way for individuals to safely collect and share information about themselves to prove identity to others and gain access to services such as opening a bank account, refinancing a mortgage, buying a car, starting a new job and more. The technology allows users to share only what is necessary and companies can verify that information in real time.

To populate the ShoCard identity wallet, companies share validated claims about users such as proof of employment, proof of salary, proof of education, proof of vaccination etc. Once received, individuals can share that information with others through text, email, QR code or other secure channels. In addition to both security and privacy benefits, this revolutionary new model of identity data-exchange will dramatically improve user experiences for both consumers and service providers by reducing the amount of time, money and effort that goes into identity verification, eliminating registration forms and allowing users to login with nothing more than a face or fingerprint biometric.

The Future is Personal

A personal identity solution is long overdue in today’s market. Seventy percent of Americans believe their personal data is less secure now than it was five years ago and 84 percent say they want more control over how their data is being used. Ping’s personal identity model will address these concerns and empower businesses to differentiate themselves in a world where privacy and convenience are highly valued.

“Decentralised identity and the renewed interest in protecting privacy and data ownership (and monetisation) will be transformational. There is a reasonable indication that the winners in the next decade will be those that figure out the new formulas for adopting a decentralised identity. This will unlock a large market opportunity for digital business” wrote Homan Farahmand, Senior Director Analyst, Gartner in the January 2020 Guidance for Decentralised Identity and Verifiable Claims report.

Ping Identity’s new personal identity solution includes an identity wallet which represents a groundbreaking, privacy-first approach to digital interactions. It contains sharable, validated claims from which users can select to share for a particular vendor, partner or resource. These validated claims could be from a driver’s license, passport, university transcripts, employment verification, vehicle registrations or bank account statements, and used in limitless scenarios. 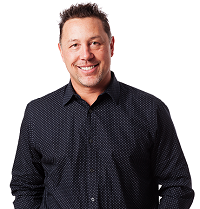 “Personal identity is the next wave of the identity security evolution, representing a boon for business and consumers alike. Under this model, businesses can avoid storing sensitive data and the risks that come along with it, while customers can avoid sharing unnecessary personal information with service providers, ultimately creating a more trusted online experience,” said Andre Durand, CEO, Ping Identity. “Issues of privacy and mistrust are addressed when individuals can pick and choose what personal information to share with organisations to validate a fact about themselves. ShoCard’s best-in-class technology allows Ping to greatly accelerate our mission of creating a personal identity future.”

“The success of any future-proof identity solution rests on its ability to remove friction, deliver a seamless user experience, strengthen security and privacy protocols, and offer ownership and control to the end user,” said Armin Ebrahimi, founder of ShoCard and head of distributed identity at Ping Identity. “This has been our vision since day one at ShoCard. And now, as an integral part of Ping Identity’s trusted brand that touches over two billion users, we can make this vision a reality.”