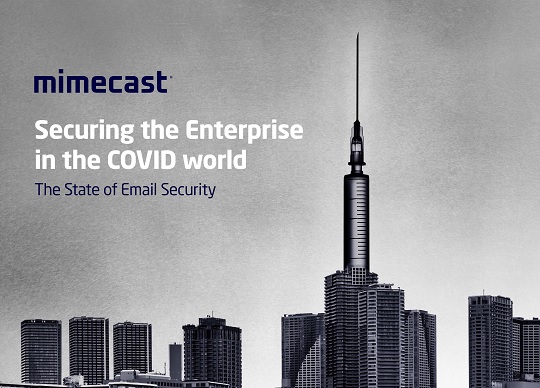 Mimecast Limited has release the “The State of Email Security” report. The report shows enterprises faced unprecedented cybersecurity risk in 2020 from increasing attack volume, the pandemic-driven digital transformation of work, and generally deficient cyber preparedness and training. The fifth annual “The State of Email Security,” report is based on a global survey of 1,225 information technology and cybersecurity leaders, and supported by Mimecast’s Threat Centre data, which screens more than one billion emails per day.

A full 79% of respondents indicated their companies had experienced a business disruption, financial loss or other setback in 2020 due to a lack of cyber preparedness. Respondents identified ransomware as the chief culprit behind these disruptions. Other insights include:

While ransomware was a big problem for organisations in 2020, it wasn’t the only one. Mimecast’s “The State of Email Security” report also revealed additional threat trends, including:

All of these data points can be attributed to the pandemic: work-from-home increased email and collaboration tool usage, and threat actors sought to capitalise on the new “digital office” with massive waves of COVID-19-related social engineering attacks.

Despite facing an elevated threat volume, the report found that companies aren’t doing well in the area of threat prevention. In addition to the 79% of respondents who indicated a lack of cyber preparedness, other notable findings include:

Given these factors, it’s not surprising that 70% of survey respondents believe their business will be harmed by email attacks in the next year. In 2020, only 59% of respondents said they felt this way.