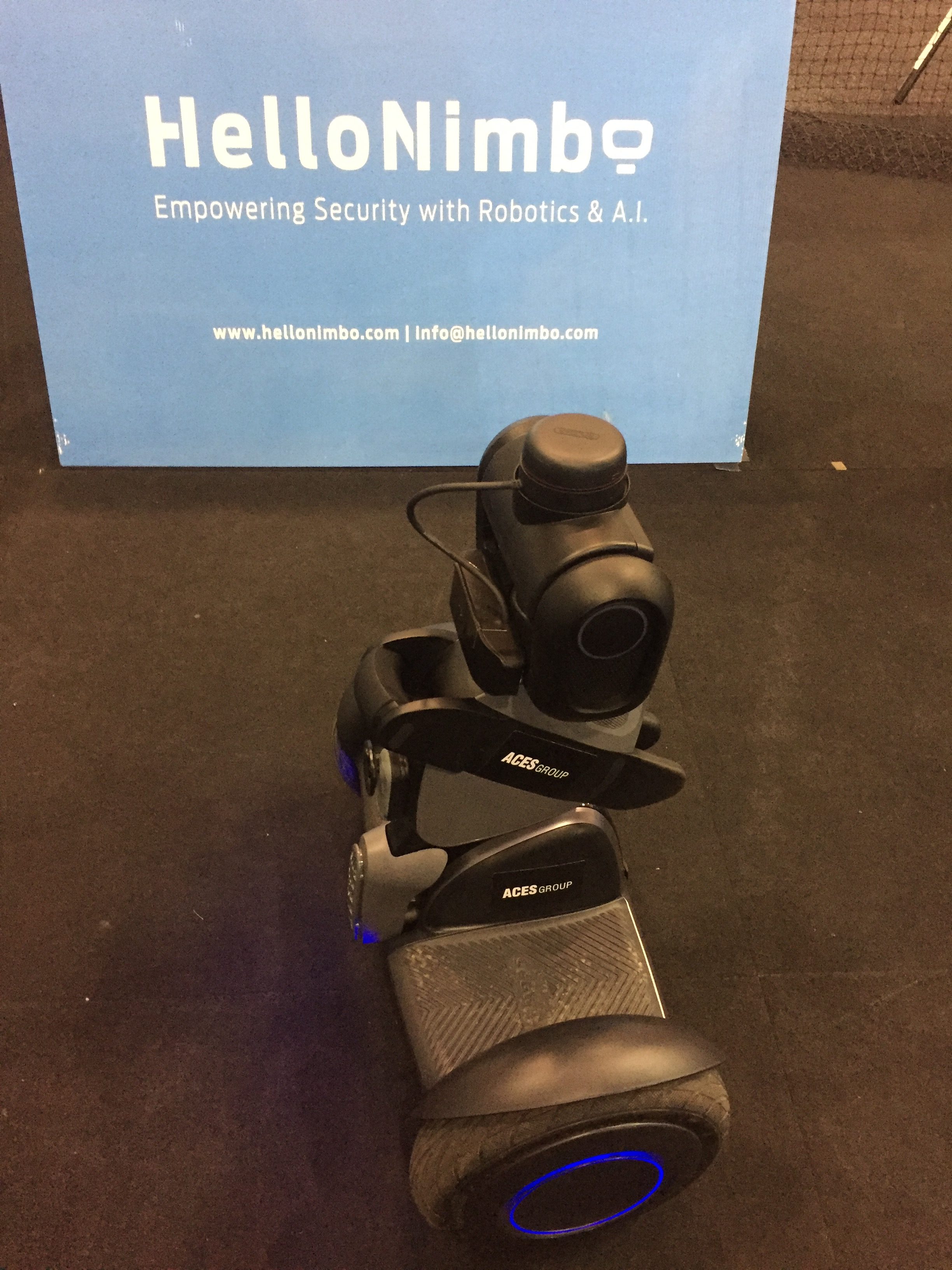 Filmed at #Security2018 Expo on July 25, 2018 at the Melbourne Convention and Exhibition Centre,  the Nimbo Robot is one of the first responsive patrolling robots to hit the Australian security market. Based on the Segway platform, Nimbo carries a 20 metre radius Lidar, with front video cameras and a light, with the capability to carry additional sensors. Programmable via an App, a set pathway can be programmed. An early model, Nimbo is set to be further adapted and look out in the near future for its deployment across the country. Music – bensound-creativeminds