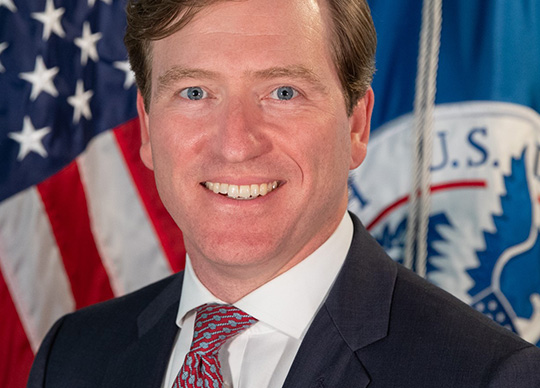 Rubrik has announced the appointment of Chris Krebs as Chair of its new CISO Advisory Board. In this role, Krebs will create and lead a strategic CISO advisory board to help private and public sector organisations tackle the unprecedented growth of cyber-attacks, including ransomware.

A founding partner of the Krebs Stamos Group, Krebs most recently served as the first director of CISA and brings distinguished expertise on cybersecurity on a global scale – from a federal and organisational perspective.

Krebs joined the Department of Homeland Security in 2017 after several years on Microsoft’s U.S. Government Affairs team, where he led the company’s U.S. policy work on cybersecurity and technology issues. He also is a non-resident senior fellow at Harvard’s Belfer Center and a senior Newmark fellow in cybersecurity at The Aspen Institute.

“Ransomware is the biggest threat to our economy and our digital lives. Every organisation is vulnerable to cyber attacks and we must do everything possible to change the trajectory,” said Bipul Sinha, CEO and co-founder of Rubrik. “Chris has experience navigating and resolving some of the most significant cyber attacks of the decade and is uniquely positioned to chair this new CISO Advisory Board. Together, we will resolve the cybersecurity dilemma every government and organisation faces.”

In his new role, Krebs will work with Rubrik to assemble some of the nation’s top CISOs across multiple industries from healthcare to critical infrastructure to financial services and others. With a focus on the future of cybersecurity, the mission of the board will be to facilitate information exchange and thought leadership in data security and deliver key insights to guide Rubrik’s data security product innovation.

“Over the last 10 years, we’ve seen a steady rise in cyber attacks of all stripes, but cybercrime in particular has really become the most pressing digital risk to any organisation. One way to think about it is if you’re participating in the global digital economy, then you’re on the playing field for ransomware gangs,” said Krebs.

“We’ve seen attacks range from local impacts to truly nationally significant events, which should reinforce that every organisation out there has to consider how to best secure their data, their customers, and on a larger scale, the nation. Rubrik is defining the future of data security. I’m excited to be working closely with Rubrik to recruit top information security experts and practitioners to fight cybercrime and shape a more secure and resilient digital future.”

Rubrik also recently announced Michael Mestrovich as its new Chief Information Security Officer, who most recently served in the same role at the Central Intelligence Agency (CIA). Rubrik also expanded its Board of Directors over the past year, including Cisco CFO, Scott Herren and Puppet CEO, Yvonne Wassenaar.