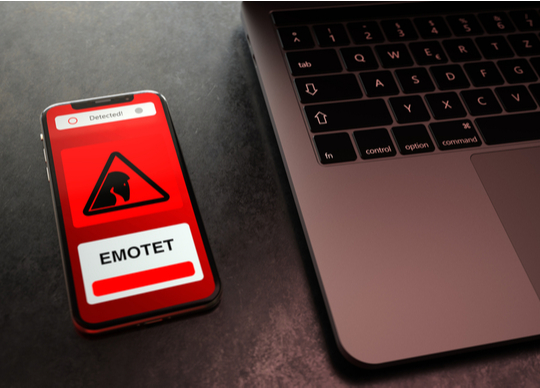 Cybersecurity researchers at Proofpoint have this week published new research on Emotet – one of the most prolific cybercriminal threats before its disruption by global law enforcement in January 2021, and Bumblebee – a new sophisticated downloader that executes malware payloads.

The Emotet botnet was revealed to be using brand new distribution tactics, indicating that the cybercriminal group (TA542) is testing new attack techniques on a small scale before adopting them for larger volume campaigns.

Additionally, Bumblebee has become the new malware on the block, with multiple crimeware threat actors using it to replace previously-used BazaLoader and IcedID malware in their campaigns.

In recent activity from April 2022, the TA542 group displayed a number of unusual tactics: